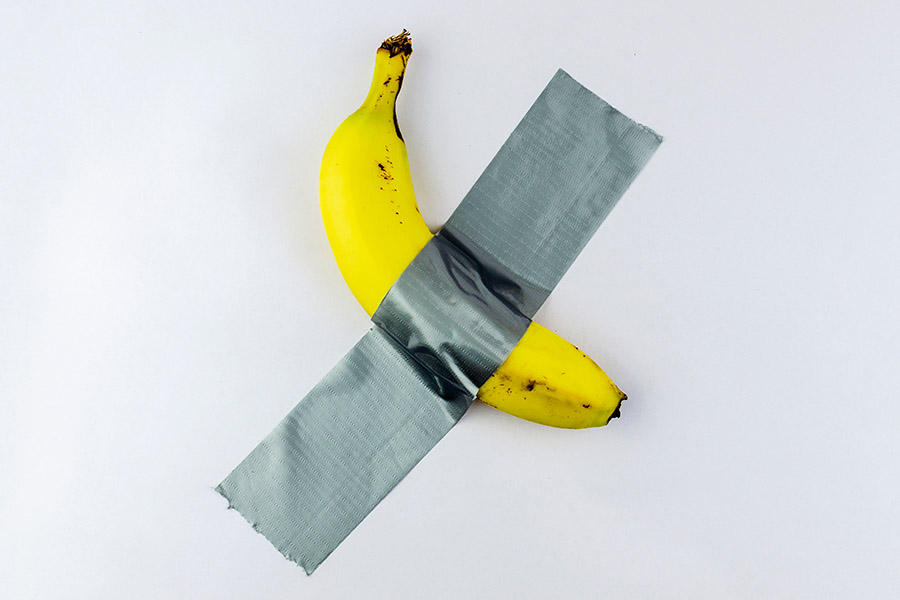 Throughout my life, there have been literally tens of thousands of great ideas, many of which improved life for people across the globe. Consider something like duct tape – a simple product that’s earned its prominent and rightful place in history. Intended for a single utilitarian application, it’s now available in designer colors for thousands of uses – even to make prom wear for creative kids. Who would have thought?

I dare say I’ve even had a few good ideas of my own. I’ve also had more than a few I thought were good, but, um, they didn’t really pan out. Like the ladder and the chainsaw. So some ideas, while conceptually sound, don’t necessarily translate to a great end. Unfortunately, we often get so enamored with an idea that we can’t see the forest for the trees.

Of late, I keep seeing this rendering of a behemoth aircraft which will supposedly be powered by an onboard nuclear reactor and never land. A flyin’ cruise ship. I reckon it will have a runway where cargo planes can land to resupply it. Or 777s can touch down to load and unload passengers. Gee. Sounds like fun. Flyin’ around for weeks on end and seein’ the sights. Wait. What sights? Granted, seeing the Alps poke above the clouds is pretty special and sunrises and sunsets can be spectacular at 35,000 feet, but I want to get out and walk around. Maybe not a great idea Timmy.

Back to the drawing board

It’s always fun to think about things. But we’re in the fourth paragraph and it’s time to talk about what I get paid to talk about. Web design and development, content management and current trends and such.

We build a lot of websites. Some we maintain for clients well after the launch. Others transition to in-house maintenance and updates over time, and we only help with core updates or when something breaks spectacularly. Some we build, handing over the keys right after launch.

With those scenarios in mind, let’s think about your choice of a CMS (content management system) – especially if you’re gonna take the wheel and like the idea of using a ‘drag and drop’ or ‘live’ frontend editor.

Without delving into the depths of which CMS is better and why, we’ll just ponder the viability of all things ‘drag and drop’ no matter the framework behind them. If you’ve read Website Tonight! you already know how I feel about ‘canned’ offerings. Pay a little for something that’s gonna end up costing you a lot – either in terms of the draconian limitations they impose or as the cost of licensing increases forever and seemingly exponentially. Ignore the pretty wrapping paper because there’s not much inside Timmy.

So let’s just look at our favorites here at <engine/> – Joomla and WordPress and what they have to offer in terms of ease-of-use for everyone involved.

With WordPress, there are lots of options for building your pages. We use Divi. It’s flexible and well-supported. We’ve encountered several other interfaces when working on existing sites and I can honestly tell you, I haven’t found any I like better than Divi. And there are several that make me rethink my career choice when I’m forced to use them.

Then there are what I call ‘faux frontend editors.’ They’re extremely awkward to use if you need to get to the code level. And a lot of whatever you do with their drag and drop interfaces doesn’t produce the anticipated result. I won’t name names. But I want to. As a public service. But I can’t.

When we build a Joomla site nowadays, we often use SP Page Builder. We used their V3 for a good while, but with the recent release of V4 and the fact that the download for V3 has pretty much disappeared, it looks like we’re gonna get happy with V4. Life is easier with fewer choices Timmy.

All that said, both Divi and SP Page Builder have frontend editors that will presumably lighten everyone’s load and make life simpler. I say ‘presumably’ because I’m not convinced that dragging and dropping always works in our favor. It sure seems like a great idea, but of late we’ve seen cases where the opposite is true. Things have been going a bit sideways.

And when a frontend editor jumps the tracks, things can get very interesting in code on the backend. Margins, padding and spacing change in unnatural ways. Columns shift. Rows don’t align. White space abounds. What took mere seconds to break can take hours to fix. There must be a better way.

Fortunately there is, and this is where we can help. We understand that you might like to take the reins to your site. If we know from the outset that you want to maintain certain pages or sections, or the whole kit and kaboodle, we can design with that in mind and help you understand how things work – without using frail frontend editors. It’s not rocket science. It just takes some time and willingness to learn, and we’ll be with you every step of the way.

And as much as I hate to admit it, while duct tape is in a class all its own as far as great ideas go, it’s not always the answer. I’ve heard tell it’s not great for underwater electrical repairs.