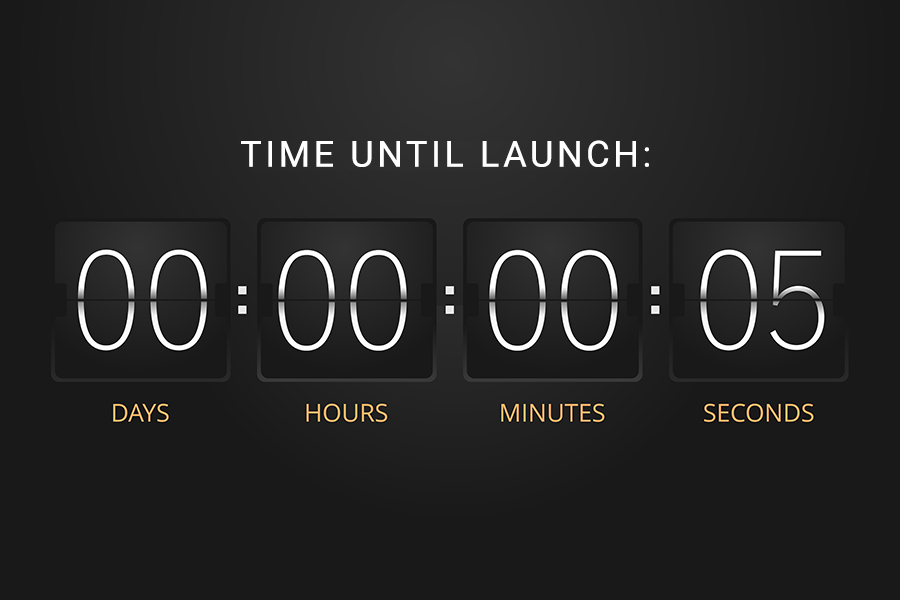 When I was a little kid, Mom would often let me stay home from school when there were rockets being launched and men were going into outer space. This was back in the days before we put a man on the moon. In fact, I was there from the beginning – when Alan Shepard was the first American to make a suborbital flight into space, and soon thereafter when John Glenn became the first American to orbit the earth. Those were historic times and Mom figured it was okay for me to skip school to see such things live on television. And this was well before schools had media labs, or for that matter, even a black and white TV (complete with rabbit ears) in the principal’s office.

So yeah, I vividly remember watching many a space launch – every time in utter awe when I was but knee-high to a grasshopper. But there were those days when we’d sit in front of the TV and the countdowns would commence, finally reaching the single digits. And suddenly the launches would get scrubbed for reasons that no kid could ever understand, only knowing that Mom wasn’t gonna let me miss school for TWO days, no matter the historic significance.

Now, me being much older and all and having seen Neil Armstrong set foot on the moon, rocket launches aren’t so much anymore. Especially given that they regularly happen without my knowledge and often under the cover of darkness. Kinda makes me wonder what’s really going on…

A different kind of engine

All that aside, these days I’m more concerned about launching websites. Not nearly as exciting, but it pays the bills. Oft times, things go smoothly as we do our thing here at <engine/> – designing and developing a visually appealing site complete with SEO rich content all according to a plan that both the client and we have decided was a good one. Everyone has been nodding their heads at every milestone and we’re feeling pretty good about things.

But then, every once in a while, usually as we’re making our last minute tweaks and finalizing the responsive testing in preparation for launch, a client will email or call us to let us know they’re not quite ready to blast off yet. Maybe there’s been a change in the organizational structure and someone has some hesitancy. Or if we’re working with an agency who’s working with a client, maybe they just came across a change or two they’d like to make, but the person who needs to provide the piece they’d like to change is on vacation. So the launch is officially scrubbed for the foreseeable future.

And I say ‘foreseeable future’ because that’s a really subjective term that can mean anywhere from a week to forever. We’ve actually seen sites that have been built, paid for and never launched. It doesn’t happen that often, but it happens. Others have been delayed for up to a year or so. In our experience, once a launch is delayed for more than a couple of days, it’s liable to be delayed for weeks or even months.

Hurry up and wait

That’s not to say you should rush headlong into a launch if you have real concerns or changes that need to be made though. That happens too. Like maybe the product or service you’re selling is soon to be enhanced or upgraded. No need to peddle old wares on a shiny new website, eh? That’s the kind of delay any reasonable web developer can understand. Or perhaps you’ve just hired a fantastic new copywriter and they’ve looked at the copy and said “Whoa!” so you decide to let them have a go at it. Accepting of course they understand that there are certain things that should remain to keep the content SEO rich and search engine friendly.

But it’s truly baffling when someone tells us to hold off for a bit and there’s no obvious nor stated reason. Maybe it’s simply that people are reluctant to change or get cold feet at the last minute. Maybe it’s just that they aren’t as in love with it as they were when everything was approved. Maybe it’s something deeper. Who knows?

So now we’re at the point of putting our heads together to figure a way to get things back on track, but that’s only gonna work if everyone is on board and is willing to start a conversation. We can’t fix something unless we know it’s broken. And it’s imperative that we come up with a comprehensive punch list of things that need to be changed. In the world of web design and development there’s little worse than making piecemeal changes because things tend to ripple. We’re liable to end up fixing things that we fixed because something else got fixed and that can delay the launch indefinitely.

Once we know where to look, what to fix and what will get everyone back to the launchpad, we’ll do our level best to make it all happen. We want your site to be something you’re proud of and a key piece to help you meet your company’s objectives.