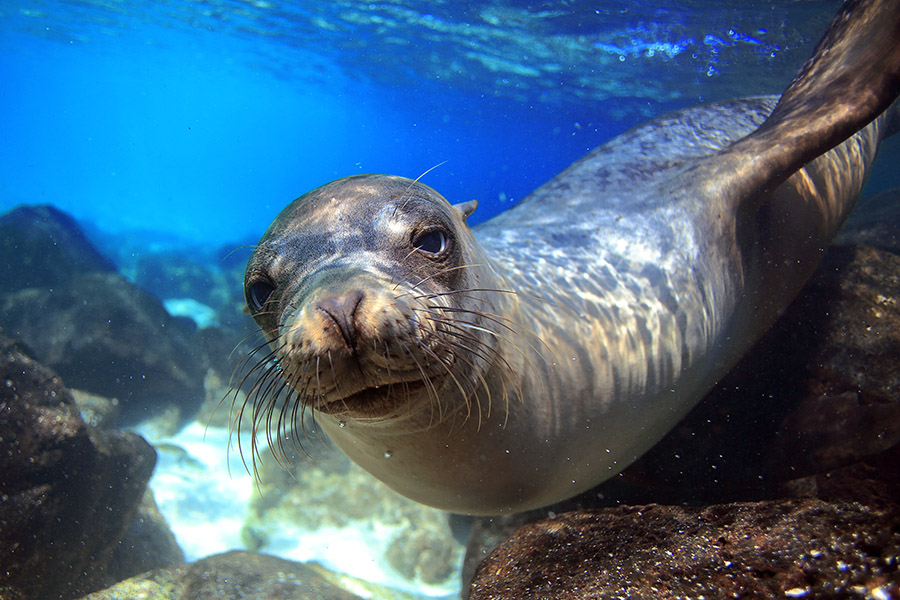 Many of you will remember the experiment in which you participated where the person leading the event whispered a very short story to the next person in a row of 10 or 12 folks. Something simple like “Joe took 6 apples from a basket in his mom’s kitchen along with a bag of flour and a sack of sugar from the pantry to bake a pie for his friends in his dorm.” That next person then relayed the story to the person behind them and so forth until it hit the last person in line. When that person was asked to repeat the story, it was quite different, perhaps going something like “Joe hijacked a truck loaded with apples and sugar, got busted by the ATF for making apple brandy at a still site out at the old Dormer place somewhere deep in the heart of Appalachia and was sentenced to spend the rest of his life in his mom’s pantry.”

Okay. Maybe it wasn’t quite as extreme as my example, but the message always gets distorted to varying degrees when passed along verbally. And as I was preparing to write this piece, I tried to search for an example of distortion in the communications channel. I came up with a load of theoretical, metaphysical and existential stuff which made my head hurt. So I’m gonna focus on the simple side of things and talk about the real world and how we can make life easier for each other on a daily basis and perhaps be more efficient.

To start, look at the options we have when it comes to communicating with each other in our daily business dealings – text messages, emails, phone calls, chat windows, video conferencing, visual references (mockups or screen caps perhaps) along with dozens of programs used to monitor and track projects and their progress. All good tools in and of their own right, but when used in combination, the results can be, well, less than desirable. Please note that I did not include “verbal” in that list and the reason should be obvious.

To wit: Let’s say Sally sends an email to Sam asking him to edit a web page and she copies Linda on it. Sally’s instructions were pretty clear and she even included a jpeg of how she wanted things to look. As Sam dives in, he notices that there are several discrepancies between the changes Sally said she wanted and the visual reference she sent. Sally clearly noted in her email that the caption beneath the sunset picture should be green, but the mockup clearly shows it to be a dark teal.

So wait. What came first – the email or the mockup? Sam is confused and he emails Sally and copies Linda asking for clarification. As fate would have it, Sally is in a meeting, but Linda weighs in and says to go by the mockup. Then Sam notices the weight of the font shown on the mockup is way heavier than the caption currently on the web page, but there is no mention of changing that piece in Sally’s email. And does that mean every other caption on the page should be heavier as well? Sam decides it’s time to go to lunch and it’s only 10:15.

When he comes back three hours later, he sees an email from Dirk with a link to a file in Basecamp that has further edits to the page along with some new assets, one of which is a photo of a different sunset to replace the existing one. And he sees a text from Sally, saying she spoke to Linda and that the text should indeed be dark teal like the mockup, but she says nothing about the weight of the font and that she’ll be in a meeting until 3:00. Sam is so confused he decides to take a nap.

And I could carry on with this, but you’re either thinking this is a complete exaggeration and it never happens in your organization or you’re agreeing with me, nodding your head like a bobblehead in a tornado. So I’m either fallin’ on deaf ears or preachin’ to the choir.

For those of you who are still with me, let’s take a minute and see if we can figure out a better way. I’m gonna drop back to a position I mentioned in a previous piece – Website by Committee – and recommend that first and foremost, all changes flow through a single point of contact. Our lightnin’ rod if you will. This is a person with authority who weighs and okays everyone else’s input and communicates with the person charged with making changes.

I’d also like to suggest that our lightnin’ rod should use whatever tools necessary to communicate with the changer of things, but to be consistent in the use of those tools. Pick one – something like Basecamp, email or whatever tool works best and is easy to use. Mockups are great as long as colors are specified as hexadecimal, RGB or another standard format and fonts by name with weights, sizes and such are noted. Otherwise, it’s kind of a guessing game.

And even though you might think I’m not a fan of communicating verbally with someone editing things, I really am. But that’s only if you’re sitting side by side or video conferencing and the changes are being made as they are uttered. Elsewise, things spoken tend to get lost in the shuffle.

So in retrospect, maybe I should have titled this piece something like “How to Communicate Effectively” but that sounds way too clinical and I’d hafta be smarter to write pieces with titles like that. Not to mention that I had Strother Martin from Cool Hand Luke bouncing around in my head as I thought about this piece while falling asleep last night.