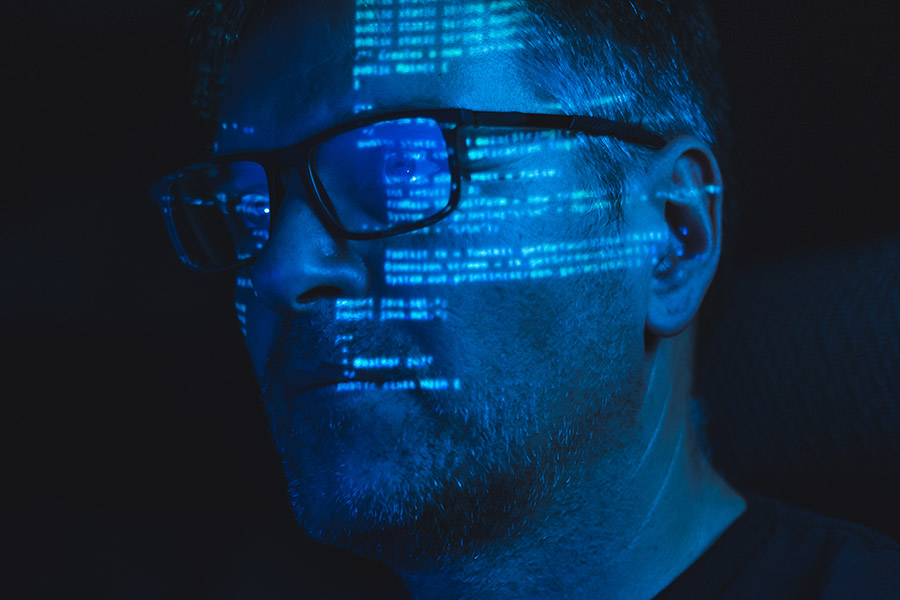 I don’t really know what Henry looks like, but I imagine him to be quite nondescript, outwardly appearing much like an average fellow. I figure he’s late 40s, maybe early 50s, no doubt still living in his mother’s basement. On the inside, I suspect Henry is full of bugs and worms or maybe even thousands of tiny little Jabba the Hutts bouncing around in his head, addling his brain, causing him to be the bane of not only my existence, but hundreds of thousands of others as well. Because, you see, Henry is a spammer. And in that light, he looks like the guy at the head of this article.

At this point, you might wonder why this piece is titled “Thanks to Henry.” Well I’m gonna tell you. Lately, we’re seeing a whole lotta spam coming from Henry through the various contact forms we’ve built, and it started to irk me because it was irking our clients. I’m not easy to irk, mind you, but once I’m irked, we gonna git the party started. And Henry definitely flipped my switch. So I’m letting Henry be my inspiration as I seek new ways to stop him and all the other ne’er do wells in his realm.

The bane of the internet

Mind you, Henry’s spam isn’t particularly offensive, at least no more so than the seemingly thousands of robocalls we all get every day warning us that our vehicle’s warranty is about to expire. No, Henry just wants me to use the very spambot he employs to irk me to irk others and somehow get rich doing so. And much like those robocalls, I can’t see how Henry makes any money irking people like me. Who buys into his load of…ugh. Never mind. Somebody must. Either that or Henry is just a slow learner.

While clearly I’m not privy to Henry’s endgame, I have my suspicions. Seems he wants me to visit the same website that he sends through our contact forms. No matter the verbiage of his spam, it always touts the same website that he and his spambot claim will make me rich beyond my wildest dreams. Rest assured Henry – I won’t be visiting your site. I don’t know what surprise awaits me. Likely I’ll get a malware payload that will install on my computer, making it a bot blaster as part of your nefarious network. Or maybe it’s just a virus to complicate my life. But I do know, with the utmost certainty, that whatever it is that you’re peddling will not make me rich.

Did I mention that Henry is relentless? He is, sending half a dozen or so emails every day through each of the numerous contact forms we’ve built in either WordPress or Joomla. So how can we slow Henry down? I know we’ll never stop him, but recent implementations on a few test sites have proven that we can slow him down. His form submissions still come through, but they never hit the client’s mailbox, making that little part of their day a whole lot less irksome. Beyond Henry, we’ve also been able to snag lots of much more offensive spam from Russian porn sites that contain just rude, crude and socially unacceptable material.

Many of these forms we built initially had one version or another of a captcha installed. Oddly enough, they weren’t deterring Henry and his ilk. Whether simply a tick box to verify that the submitters were human or one of those hideous “guess the word” things or the “Click each square with a picture of whatever in it,” none seemed to work. And they are simply annoying as far as I’m concerned. It’s like they have ONE job to do, but Henry and his friends have figured a way to bypass them. Not to mention that from a design standpoint, most are pretty ugly. I know there’s a V3 that evaluates based on some sort of score with no user input required, but I’m not sure I trust whatever algorithm they’re using and whether or not some valid submissions might get rejected.

One step ahead of the bots

What we’ve done is look for alternative ways to deal with Henry that don’t involve captchas or require additional input from the user or the purchase of a plugin. And our initial tests are promising. Sure, if an actual human goes to the effort of filling out a form, it’s going to come through. But even then, we can capture data that helps us refine our process and suggests new paths we might explore. And our clients have one less irksome thing to deal with every time they check their email.